We are limited to a physical world controlled by our senses.

There is light we can’t see, colours we can’t imagine, energy we can’t feel, and concepts about our world way beyond our capacity of understanding.

It’s easy to think that this is all there is – Earth – You Tube, Netflix, Facebook, Walmart and McDonalds. Corporations, work, bills, schedules and so on, invite us into a false sense of what we are here for or why we exist at all. Millions of years of evolution to the apex of our existence and . . . shopping?

As I practice Yoga and meditate, I am constantly thinking about the universe around me. I reach into the heavens and try to expand my mind, challenge my body, breathe and invite energy into my being. Yoga practice illuminates this wondrous thing called life. Yoga offers an appreciation for the opportunity to be alive. So how deep can the conversation with my inner self go and what will I discover in my daily exploration through meditation? One thing it has given me is very simple – Joy.

It is so easy for us to forget how very magical the world really is. We are pulled back to “reality” time and time again with human made problems. For the fortunate, it’s the mundane existence of shopping, gossip, groceries, work, bills, debt and paper work. Unfortunately, for many people, it’s a constant battle for survival, war, famine and the search for clean water.

Yet Earth offers us an exceptional experience of something miraculously balanced and perfect. With species and plant life so abundant that there is no need for stress of any kind.

However, Earth is just a commodity for many, and that I fear is the greatest abuse of life. For life to become meaningless and to become a slave to another is wrong. Everywhere we turn we are caught in a superficial reality and we ourselves have become slaves for a few people’s immediate superficial comfort. Earth doesn’t need us; we need Earth. We need to live harmonious in order to survive. So then, why be here if not to learn from our present situation?

I can’t help but see how difficult it must be for children today. Slaves to Big Brother. 1984 has become a reality. We are controlled by media and we watch and follow those who enslave us. Our media is controlled and dictates a narrative about what some want life on Earth to be but not what it actually is.

How difficult it must be to find the “Joie de vivre” amongst this madness.

The world is Divine.

As a parent and teacher, I have noticed an alarming difference between children who have all the luxuries and gadgets to those without. Kids with material possessions are living in this false sense of reality. There is depression causing many kids to have a sense of “blah”. Blasé – like nothing is exciting anymore. This is not natural at all because life is exciting. Running, jumping, dancing, reading, exploring, signing, DOING. Young people who are in the prime of their lives are blessed with the energy to change the world.

You might say that it’s just being a teenager but I disagree. I grew up with a fantastic group of friends and doing things that were different and being a part of something new was “where it’s at”. Embracing individuality and showing the world who we were was very important to us. We always wanted to look different, know something different and we made sure our parents knew we were different. I hope my children will do the same. Bring on the rebellion! I want them to have ideas I never had. They are, after all, farther along in evolution.

When parents look to me for advice about helping their kids in mathematics, I don’t suggest new lessons or systems of learning. I simply say; “show them the magic”. Show them the wonder, the AMAZING world we live in and how it can all be expressed in numbers. It’s fascinating! The deeper we choose to go, the more miraculous it gets.

That is why I feel it’s so important today to meditate, to read and to do something creative. We must reach beyond our senses and start to ask about our children’s philosophy and passions. We need to take a moment to see how new generations feel about religion, spirituality, the universe and the unknown.

We need to push ourselves further.

We must begin to create a new narrative and a new objective because all of our societal problems can be solved with a simple shift in consciousness.

I believe that we are all one and everything is connected. Which leads me to write about Sacred Geometry.

If you are like me and are interested in mystery, mathematics, history, patterns, spirituality, you should read about Sacred Geometry.

I have always loved learning about Egyptian history and I love this symbol. 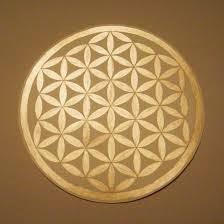 This is the flower of life, found on the temple Osiris in Egypt. However, it can also be found in Temples in Turkey, China, England, and India to name a few. It has been drawn many times throughout Leonardo da Vinci’s notes and all major religious symbols can relate to its structure.

Sacred geometry can be described as a belief system attributing a religious or cultural value to many of the fundamental forms of space and time. According to this belief system, the basic patterns of existence are perceived as sacred, since contemplating one is contemplating the origin of all things. By studying the nature of these forms and their relationship to each other, one might gain insight into the scientific, philosophical, psychological, aesthetic and mystical laws of the universe. 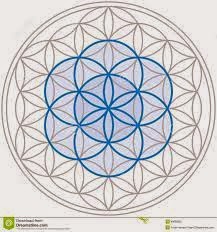 The Seed of Life is a symbol supposed by the New Age community to depict the six days of creation in which the Judeo-Christian God created life. The first day is believed to be the creation of the Vesica Piscis, then the creation of the Tripod of Life on the second day, followed by one sphere added for each subsequent day until all seven spheres construct the Seed of Life on the sixth day of Creation. The seventh day is the day of rest, known as the “Sabbath” or “Shabbat.”

The “Egg of Life” symbol is said to be the shape of a multi-cellular embryo in its first hours of creation.

Derived from the Egg of Life, the basis for the following geometrical figures are:

Cube – One of the platonic solids

Tetrahedron – One of the platonic solids

Star tetrahedron – Much like the Jewish Star of David.

The “Fruit of Life” is said to be the blueprint of the universe, containing the basis for the design of every atom, molecular structure, life form, and everything in existence. It contains the geometric basis for the delineation of Metatron’s Cube, which brings forth the platonic solids. 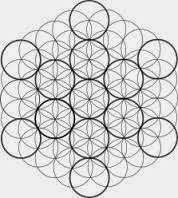 The symbol of the Tree of life could be derived from the Flower of Life. The Tree of life is a concept, a metaphor for common descent – a motif in various world theologies and philosophies.

The Tree of Life is most widely recognized as a concept within the Kabbalah, which is used to understand the nature of God and the manner in which He created the world. Jewish Kabbalists related the Kabbalistic Tree of Life to the Tree of life mentioned in Genesis 2:9.

What is even more fascinating to me is how many ancient sites and ancient symbols possess variations of these images. Clearly, there is a message hidden within its mathematics. Maybe humans used to understand more about this symbol before we disconnected ourselves from the sacred balance of life – before our egos created a vail over our intelligence. 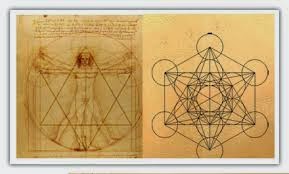 Drunvalo Melchizedek, in his book Sacred Geometry, talks about a monolithic forgetting – that humans actually fell in consciousness and that there was a time we knew more about who we were and where we came from. It is his belief that we are actually part primate and part Alien, with our “father” from Sirius and “mother” from an advanced race originating on a planet that enters our solar system every 3600 years. Before Adam and Eve, several billion years ago when the earth was very young, Earth was larger and orbited between Mars and Jupiter. Though I can’t go into all the details here, Earth was struck and was partially destroyed making a smaller planet and setting it on its current course through the solar system, causing great trauma to the human race.

The Dogons, an ethnic group living in the central plateau region of the country of Mali in Western Africa, claims to have known for centuries that the star Sirius is part of a binary star system whose second star, Sirius B, a white dwarf, (completely invisible to the human eye) and takes 50 years to complete its orbit. The existence of Sirius B had only been inferred to exist through mathematical calculations undertaken by Friedrich Bessel in 1844. Many believe the Dogon’s information, if traced back to ancient Egyptian sources and myth, indicates an extraterrestrial transmission of knowledge of the stars. 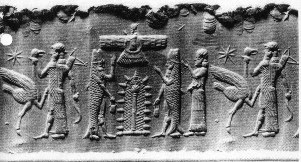 The Dogon people, whom the French anthropologists Griaule and Germaine Dieterlen worked with during the 1930s and 40s, had a system of signs which ran into the thousands, including “their own systems of astronomy and calendrical measurements, methods of calculation and extensive anatomical and physiological knowledge, as well as a systematic pharmacopoeia.”

So did we forget or are we lost? Could we have misinterpreted the religions and sciences that came before modern times? Is this causing us to reach out towards anything that might fill this void?

What I am trying to say is: life is absolutely more than meets the eye. We are just babies in a world of endless possibilities, living in primitive social structures, and destroying our planet and our ability to enjoy life and thrive.

But are we are starting to wake up and are we are on the verge of a larger leap in evolution? Where do you and I stand? What generation will make the jump to the next level of consciousness and what battles will they have to meet along the way? Can we inspire the next generation to take that leap?

I believe we are ready if enough of us come together.

In the meantime, I will try to have a little taste of the Divine and will be the change I wish to see. 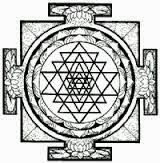 View all posts by Dance Equations 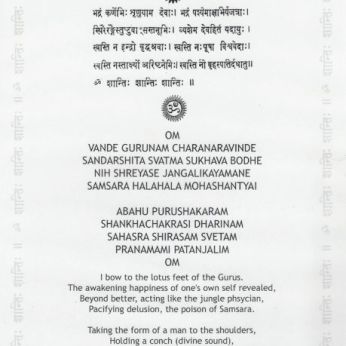 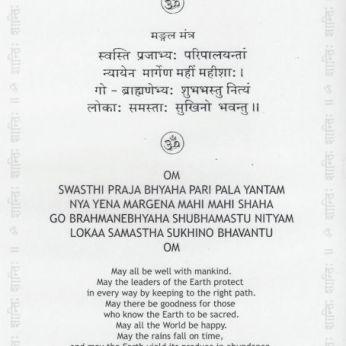 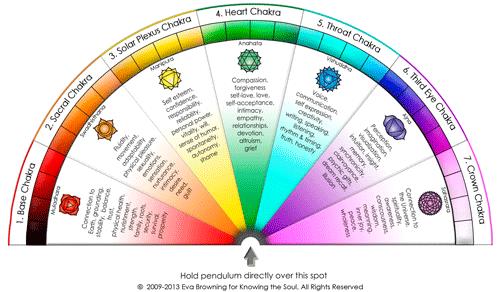 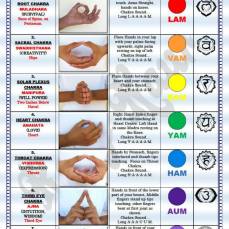 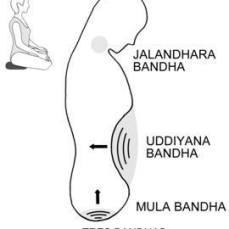 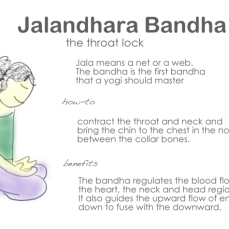 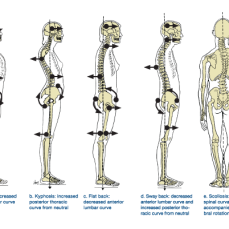 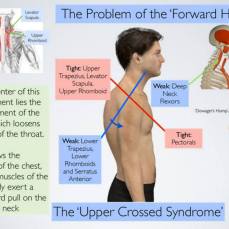 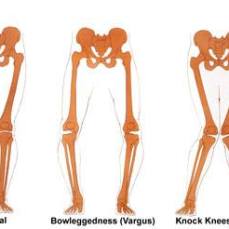 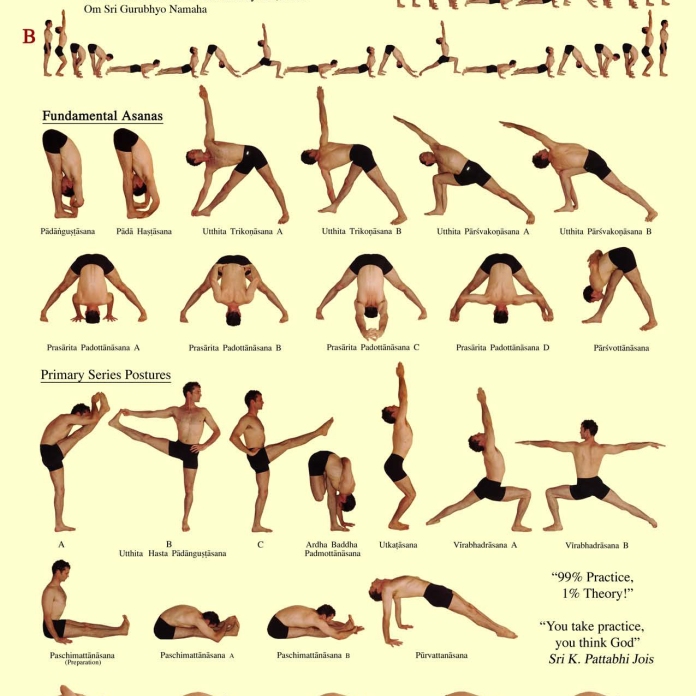 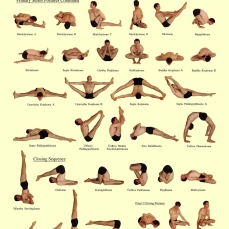 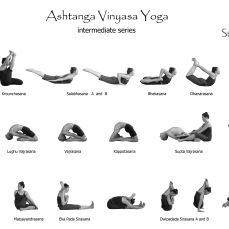 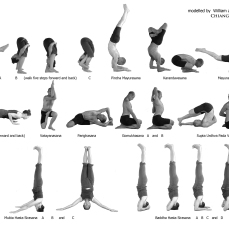